This is Builders.Build pod #44, split into 4 parts to accommodate 4 topics. You are reading Part 1, which covers our review of the trailer and casting of Universal’s new movie, Cocaine Bear.

Part 1: The Insanity of Cocaine Bear

The movie Cocaine Bear is loosely based on the death of Pablo Escobear, a black bear that had lived in the mountains of the Chattahoochee National Forest in North Georgia, USA. As the story goes, a dead drug dealer, a parachute, and over 30 kilos of cocaine fell out of the Knoxville, Tennessee sky on Sept. 11, 1985.

A large portion of the coke – worth almost $40 million by today’s standards – was consumed by Pablo Escobear, who died of a drug overdose some time before Dec. 23, 1985. The New York Times reported on the incident and country music legend Waylon Jennings acquired the stuffed bear. The bear was given to a friend of Jennings, but was later pawned when the friend passed away.

Said Pablo Escobear – Cocaine Bear itself – was later bought for a bargain price by a general store out in Lexington almost a decade ago, who put it on permanent display, affectionately naming it “Pablo Escobear” at the same time.

Now Pablo did not run amuck, high on coke, killing people. Actually, no-one knows what Pablo did while he was high, because it was only during an autopsy that the overdose was discovered.

We’re hoping that Cocaine Bear, the movie, runs pretty much true to history, at least until Pablo gets a hold of the duffel bag full of coke. According to the official movie trailer, Pablo gets high, then goes on a pretty gory, gruesome rampage. It would be nice if the story could be told from Pablo’s point of view…

Join us as we review the cast and trailer/plot line. A warning for parents: the language used is not filtered. Check IMDB for PG ratings.

What’s on the Pod?

Read Part 2 here, where the team take a dip into alternative education scams and politics. We discuss Andrew Tate, his new “community”, The Real World, and his bizarrely bad execution of things.

Read Part 3 here, where the team discusses the entrepreneur grindset and that it’s really not about not working or having a boss. We take a hard look at the real entrepreneurship lifestyle.

It’s maybe too early to know but it seems as if the Builders Build boys are finding their groove in the chaos this podcast has become, and we’d like to salute you for making it this far.

Get expert tips on buying a website to jump-start or expand your business. Sign up with James at https://nanoflips.com/

For great ideas on making and selling products and where to source suppliers, head on over to Oren at https://www.productworld.xyz/

For rock-solid intel on owning your own cannabis biz and where the opportunities are, check out Colin‘s curated list of Twitter threads at https://landforce.co/threads/

review everywhere you enjoy the pod. 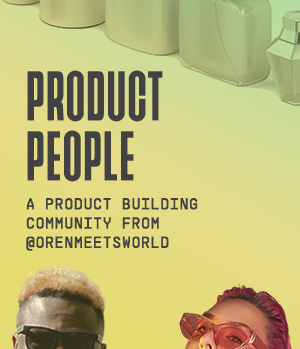 Academia Aesthetics: How to Monetize a 400k Art Following

The Grindset of a Lifestyle Entrepreneur

The Pod That Got Us Canceled (+Kanye West @ComplexCon)

Academia Aesthetics: How to Monetize a 400k Art Following

The Grindset of a Lifestyle Entrepreneur